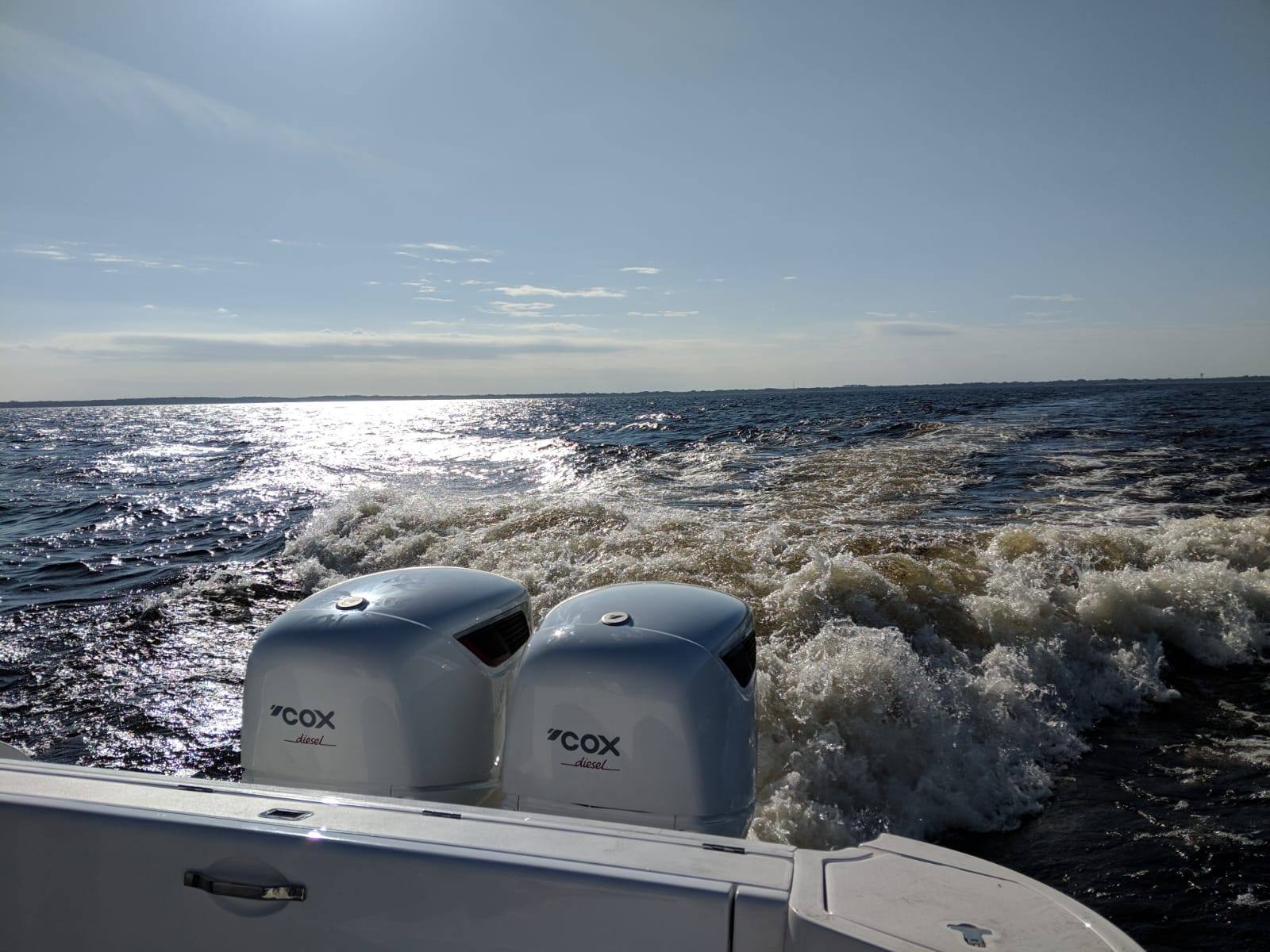 Cox Powertrain, the British developer and manufacturer of high-powered diesel outboards, is reporting the successful completion of the first round of in-field outboard validation tests by the US Navy. Following the trial of two CXO300s aboard a 9m RIB last week, when the engines achieved a cruise speed of 43 knots at 3,600 rpm, Naval Sea Systems Command (NAVSEA) testers expressed great enthusiasm and excitement about their performance.

The US Navy has been exploring the use of technologically advanced engines in an effort to improve combat readiness, crew safety and equipment supportability. NAVSEA is responsible for delivering the best possible equipment and systems to the US Navy and the recent trials were run by Brandon Bagwell PE, Senior Mechanical Technical Manager and Project Lead for NAVSEA’s Combatant Craft Division.

Cox Powertrain’s Global Sales Director, Joel Reid, commented: “This first round of the in-field validation programme has gone extremely well and exceeded all expectations. NAVSEA’s testers seemed impressed by the smoothness of the engines and the absence of noise and smoke, which is historically associated with diesel engines. We were delighted that the two CXO300s went beyond their target to achieve a cruise speed of 43 knots”

The CXO300 has generated worldwide interest from civil and government agencies operating fleets of fast response vessels. This game-changing diesel outboard offers the ability to meet the demands of NATO’s single-fuel policy, as a safer alternative to gasoline, while also providing exceptional performance and greater range than equivalent 300hp gasoline outboards.

Cox’s engineering team, led by Stephen Moore (previously Director, Base Engine Engineering at Ricardo), has spent over a decade developing and perfecting the highest power density outboard ever created for a marine application. With a four-stroke V8 architecture and a package of similar size and weight to a gasoline outboard equivalent, the CXO300 delivers the performance and efficiency of an inboard with the convenience and flexibility of an outboard. The CXO300 offers at least a 25% better range and 100% higher torque than leading 300hp gasoline outboards, enabling the craft to move higher displacement vessels more efficiently and get vessels onto the plane quicker.

Production of the CXO300 is set to commence at Cox’s state-of-the-art manufacturing facility later this year, following over £80m of investment in the firm over the last ten years. Cox is supported by a worldwide network of 40 distributors and around 400 dealers.

Public Demos of Cox Diesel Outboard to Commence at Seawork

Mr. Grey: the engine that turns you on