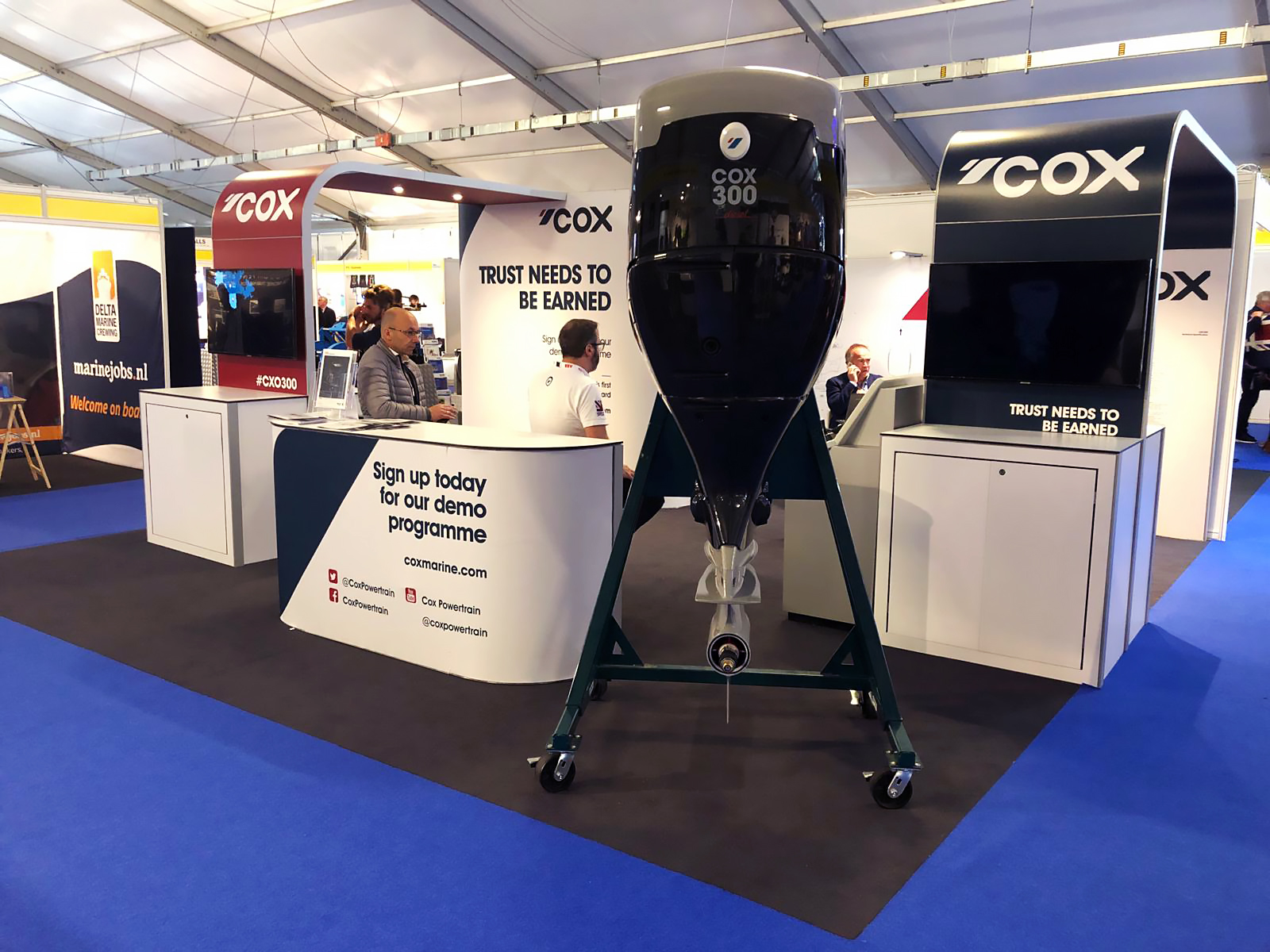 Cox Powertrain has been announced as the winner of the Marine Power and Propulsion category at the annual Seawork International Innovation Awards for its game-changing engine, the CXO300.

Cox Powertrain, the British diesel innovator behind the world’s first 300hp diesel outboard, has been announced as the winner of the Marine Power and Propulsion category at the annual Seawork International Innovation Awards for its game-changing engine, the CXO300.

The awards, sponsored by A-Plan Insurance, celebrate the outstanding individuals and innovative companies that comprise this vibrant and productive industry sector. All products involved in the awards comprised new vessels or projects that were launched or completed within the last 12 months and which demonstrate fresh approaches, rather than being enhancements of existing products.

Judges chose Cox Powertrain’s pioneering CXO300 for its novel design and the boldness of its from-scratch approach. They recognised that instead of modifying pre-existing components, Cox’s designers opted to pursue innovation in every aspect. The fact that the CXO300’s service life is anticipated to last three times longer than conventional petrol outboards was another major point in its favour.

“We are very proud to be handed this award,” Faye Dooley, Marketing Communications Manager at Cox Powertrain commented at the waterfront Golden Arrow Marine restaurant, where the awards were presented. “Not only have we worked hard to create an innovative product, we have also redefined standards in service, and we are extremely proud to be recognised for this.”

For more information on the revolutionary CXO300, visit https://www.cartello.eu/cox/

Mr. Grey: the engine that turns you on